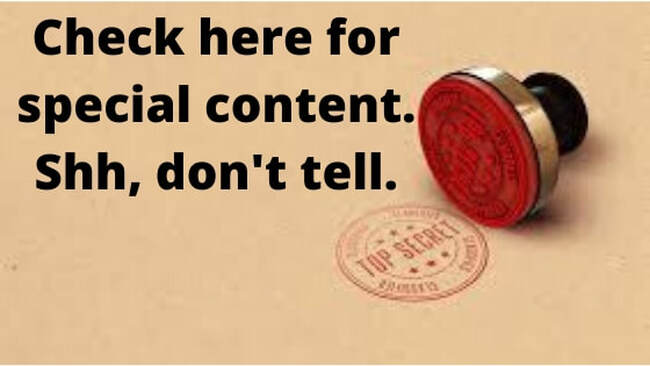 ​This page will only be active for short periods of time. Here's where you will find information about contests, giveaways, bonus scenes, etc.
Hi!  Welcome to the Bonus room. Since Rock House Grill's release day party was postponed until today in conjunctions with Rainbow Sprinkles, we're going to play a game with the "Play List". Even if you haven't read Rock House, I think if you listen to or read the clues you may still guess at least some of them.  Even though the past couple of months threw some stumbling blocks in Aden’s path, for the most part, he’d managed to stay above it and still believe in his dreams. By the end of the evening, Olivia felt something she hadn’t in a very long time. Possibilities. They would ride out this landslide and figure out the changes. The alarm went off, and for the first time in a long time, Shay didn’t silence it right away. The bluesy voice on the radio sang about feeling good, and so did she. The catchy 70’s pop tune with an upbeat sound filled the air with lyrics about taking a chance on someone. Walking out to her car, she surprised herself as she hummed the upbeat song from earlier and reflected on the words. Even though the future wasn’t clear, hope flittered on the horizon. She hit the button on the radio and tried to drown out the voice in her head. A female rocker wailed about a broken relationship. Aden sat on the therapy table. The next upbeat track on the playlist encouraged people to walk. “Nice choice of music, by the way. Speaking of walking, I need to get rid of these crutches ASAP.”On page 220, Eli and Margaret show the rest of the staff they’ve still got it.
The entire staff sang and swayed as the silly song about limes and coconuts piped through the kitchen speakers. Shay giggled, and then sipped from her glass. An old song ran through her head. This was a wonderful world, and she still had a date that night. He glanced over, and the door leading upstairs opened. Shay walked through. Van sang it right. Shay was a first-degree angel. The voice crooning through the speakers sang about the pleasures of being a simple man. How Great Thou Art with Pentatonix and Jennifer Hudson
I hope you enjoyed our game today!

From earlier this year

Are secondary characters important? You bet they are. Everyone has a story. You. Me. This is a peek at Zach from Rock House Grill.  Everyone wants to know why such a good looking guy, who's smart and has a big heart is always by himself. Someday this lone wolf will get his own story, but for now I hope you enjoy this small peak into his life. D. V.
Zach wanted to kill him. Seeing the heartbreak on Shay’s face reaffirmed his vow to never let someone get under his skin again. He hadn’t really believed his father when he’d told Zach to never give his heart away. He’d learned that lesson the hard way.
“Hey,” Nick groused, when Zach scrubbed his wound a little too hard. “Take it easy.”
It took everything in him to keep his mouth shut. A few minutes later, he’d packed up his stuff and stalked out of the condo and to the waiting ambulance, letting Mason finish the paperwork.
After stowing the first aid kit and red-bagging the bloody waste from Nick’s superficial stab wounds, he sat on the bumper and waited. His stomach churned at the thought of his friend and partner going through the betrayal from someone you loved and thought loved you back.
He needed a cigarette but instead rustled through his pockets looking for gum. Since he quit smoking years ago, the urge never really left. It just lay dormant until times like this.
“Ready to go, man?” Mason leaned against the rig, looking down at him. “Messed up situation, huh?”
“Yeah.”
“Guess this means Shay is a free agent.”
The smug set Zach off. He jumped up and grabbed his partner by the front of his jacket and got in his face. “You leave her alone.”
“Chill, man.” Mason looked contrite. Not only his partner but his friend, Mason knew why Zach reacted. “I’m sorry. I didn’t mean disrespectful by it. But you know I’ve been interested in her for a while.”
Zach shoved him away. “Leave Shay alone. Let her heal.”
Mason drove back to the squad house while Zach closed his eyes and rested his pounding head against the cool of the glass.
“You listen to me, boy.” His father sat across the room, looking out the window and empty bottle of vodka at his feet. “Women will hurt you. Only look out for themselves.”
“Yes, daddy.” Five-year-old Zach answered from where he sat on the floor, pushing a toy firetruck back and forth. He was hungry but needed to wait till his daddy was asleep before he could sneak into the kitchen and see if there was any food left.
“Your mother couldn’t have cared less when she up and left us.” Dad’s voice slurred. “She never wanted a kid. Guess you’re what sent her packing.”
The ambulance's backup alarm startled him out of the dream. The sour taste of bile burned the back of his throat. He should have listened to his old man.